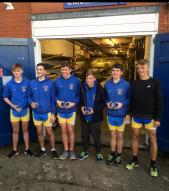 A great day out with excellent results!